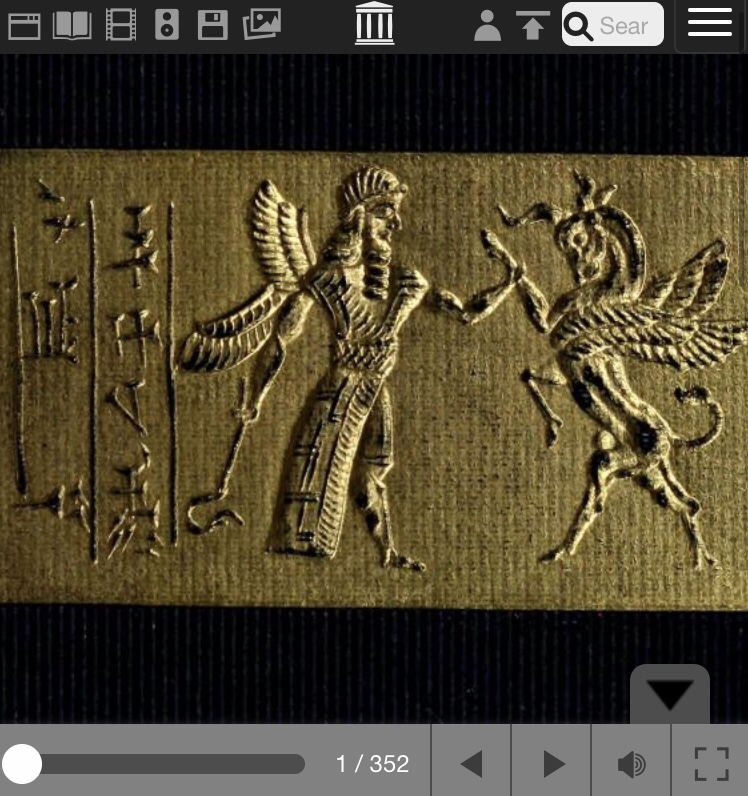 Adso of Montier-en-Der Treatise on Antichrist 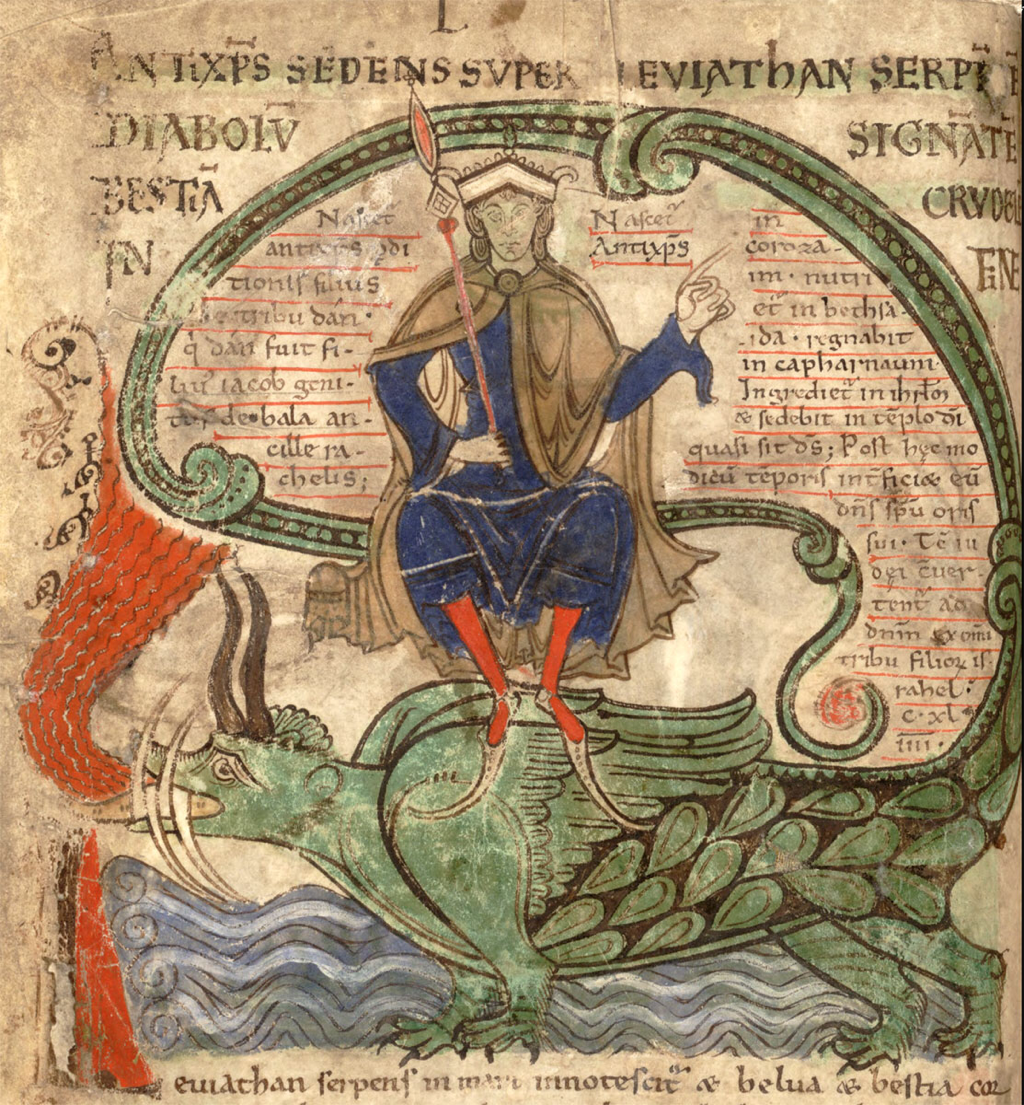 He will be in the last time and will be the greatest and the last of all kings. After he has successfully governed his empire, he will finally come to Jerusalem and will lay aside his sceptre and crown on the Mount of Olives. This will be the end and the consummation of the Roman and Christian Empire.

"He is the Enemy," that is, he is contrary to Christ and all his members "and he is lifted up, that is, raised up in pride above everything that is called God", that is, above all the heathen gods, Hercules, Apollo, Jupiter, Mercury, whom the pagans think are gods. Antichrist will be lifted up above theses gods because he will make himself greater and stronger than all of them. He will be lifted up not only above theses gods, but also "above everything that is worshipped," that is, above the Holy Trinity, which alone is to be worshipped and adored by every creature. "He will exalt himself in such a way that he will be enthroned in God's Temple, displaying himself as if he were God."
As we said above, he will be born in the city of Babylon, will come to Jerusalem, and will circumcise himself and say to the Jews: "I am the Christ promised to you who has come to save you, so that I can gather together and defend you who are the Diaspora." At that time all the Jews will flock to him, in the belief that they are receiving God, but rather they will receive the devil. Antichrist also "will be enthroned in God's Temple," that is, in Holy Church, and he will make all Christians martyrs. He will be lifted up and made great, because in him will be the devil, the fountainhead of all evil "who is the king above all the sons of pride".
Lest the Antichrist come suddenly and without warning and deceive and destroy the whole human race by his error, before his arrival the two great prophets Enoch and Elijah*{{Moses}}* will be sent into the world. They will defend God's faithful against the attack of the Antichrist with divine arms and will instruct, comfort, and prepare the elect for battle with three and a half years teaching and preaching. These two very great prophets and teachers will convert the sons of Israel who will live in that time to the faith, and they will make their belief unconquerable among the elect in the face of the affliction of so great a storm. At that time what scripture says will be fulfilled "If the number of sons of Israel be like the sand of the sea, their remnant will be saved". When, after three and a half years, they shall have finished their preaching, the Antichrist's persecution will soon begin to blaze out. He will first take up his arms against them and will slay them, as it says in the Apocalypse: "And when they have finished their witness the beast which will ascend from the abyss will make war against them and will conquer and kill them". After these two have been slain, he will then persecute the rest of the faithful, either by making them glorious martyrs or by rendering them apostates. And whoever shall have believed in him will receive his brand on the forehead.
Since we have spoken about his beginning, let us say what end he will have. This Antichrist, the devil's son and the worst master of evil, as has been said, will plague the whole world with great persecution and torture the whole people of God with various torments for three and a half years

​ "The Lord Jesus will kill him with the breath of his mouth". Whether the Lord Jesus will slay him by the power of his own might, or whether the Archangel Michael will slay him, he will be killed through the power of Our Lord Jesus Christ and not through the power of any angel or archangel. The teachers say that Antichrist will be killed on the Mount of Olives in his tent and upon his throne, in the place opposite to where the Lord ascended to heaven. You ought to know that after Antichrist has been killed the Judgement Day will not come immediately, nor will the Lord come to judge at once; but as we understand from the Book of Daniel, the Lord will grant the elect forty days to do penance because they were led astray by the Antichrist. No one knows how much time there may be after they shall have completed this penance until the Lord comes to judgement; but it remains in the providence of God who will judge the world in that hour in which for all eternity he predetermined it was to be judged.
EPILOGUE
So, Your Highness, I your loyal servant, have faithfully fulfilled what you commanded. I am prepared to obey in other matters what you shall deem worthy to command. 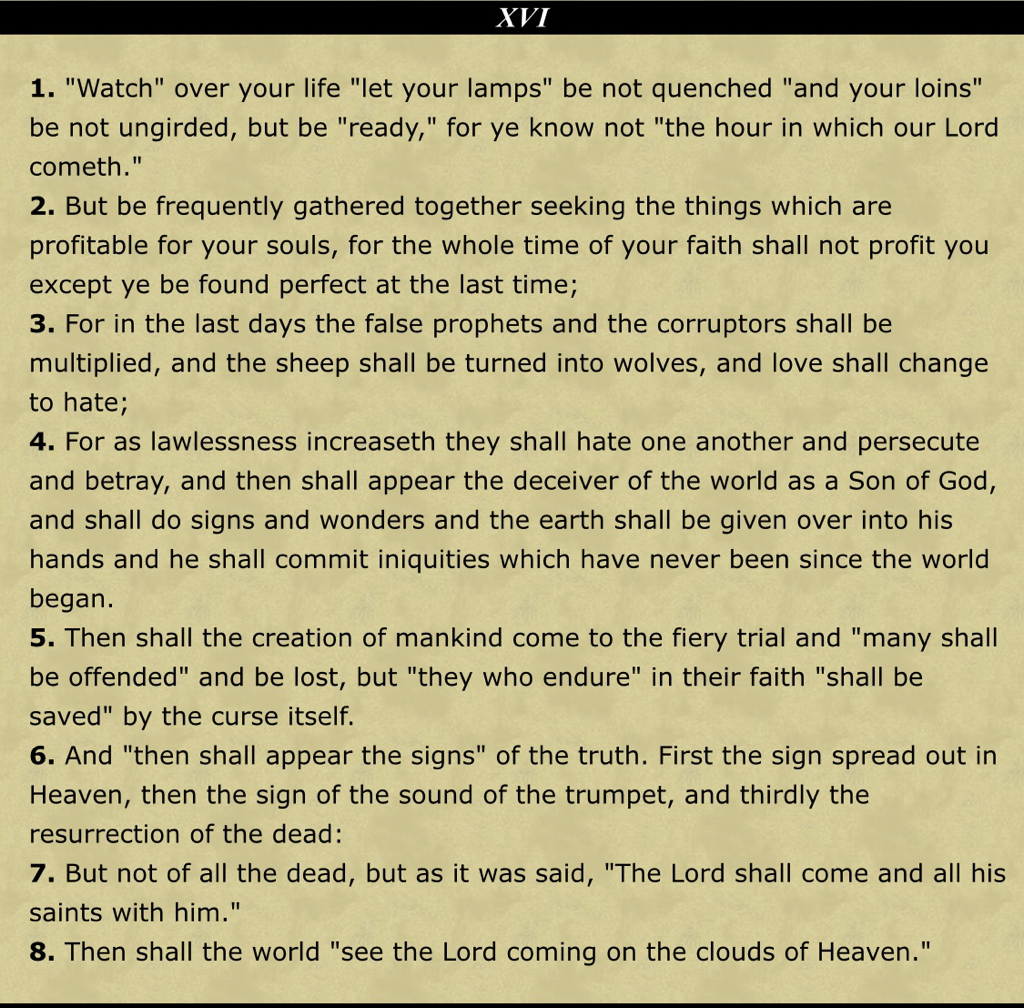 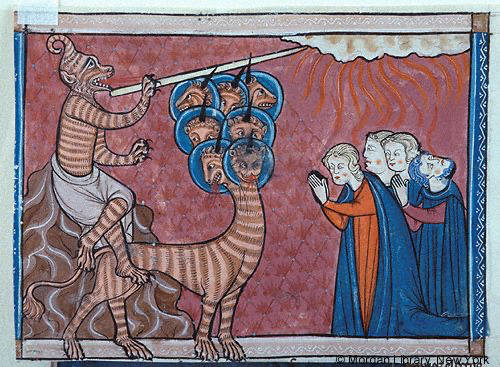