Babies' herpes linked to circumcision practice
New York (CNN) -- Two more infants have contracted the herpes virus after undergoing an ultra-Orthodox Jewish type of circumcision, which has been linked to the spread of the potentially deadly virus to newborn boys, according to the New York City Health Department. In the ritual, known as metzitzah b'peh, after removing the foreskin of the penis the person performing the procedure places his mouth briefly over the wound, sucking a small amount of blood out, which is discarded. Antibacterial ointment is applied and the wound is bandaged. The health department says the procedure is dangerous because the contact with the mouth could transmit diseases such as herpes. 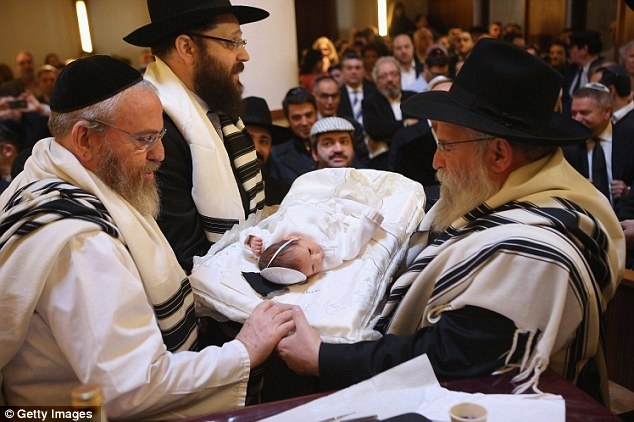