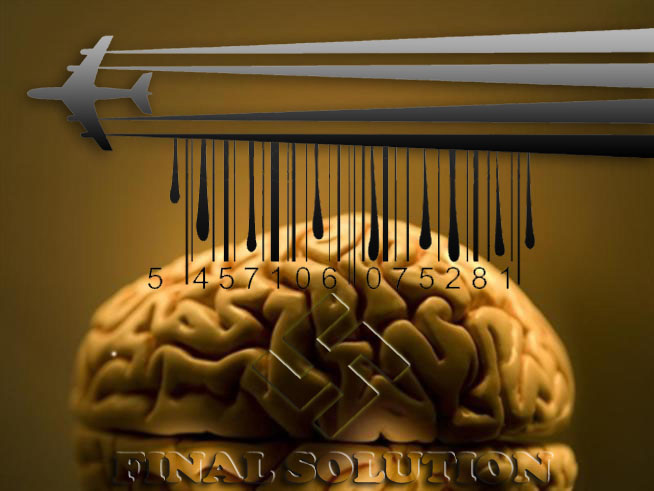 Comment:
This is an interesting post that reveals another dark agenda of this massive chemtrail operation inspired by US and German supporters of the Third Reich and made possible by post-war,  Operation Paperclip.   Cliff Carnicom linked Morgellons syndrome to chemtrails in 2002 . Cliff’s work on neutralizing this self-replicating “bot” continues at the Carnicom Institute

The post-war sequence of events rapidly led to development of electromagnetic “weather control” under NASA and most every US government agency. This dark and fascinating history is echoed louder than ever in President Eisenhower’s warning about the Military-Industrial-Congressional-Complex. Read more to understand the history of weather modification, chemtrails and the insidious beginnings of the ” Global Warming” scare campaign.  Read the three bulleted articles on this page

What you see here is a nano-bot encapsulating a neuron or synapse (for example your purkinje neurons) or other nerve ending/bridge. It’s only a simulation, but accurately summarizes everything that has happened in the past decade. This allows complete control of the host (your body) remotely as demonstrated repeatedly in the movies (for example Metropia (2009), Ultrasonic (2012)). A more sophisticated set of nano-bots would and very well has subsequently allowed for a complete and full BioAPI to be installed without the host (you) even knowing it. If you want to get technical your neurons have been encapsulated, your synapses have been bridged.

“The basic idea consists of a set of nano-wires tethered to electronics in the main catheter such that they will spread out in a “bouquet” arrangement into a particular portion of the brain’s vascular system. Such arrangement could support a very large number of probes (in the millions). Each n-wire would be used to record, very securely, electrical activity of a single or small group of neurons without invading the brain parenchyma.” — source


What is the Purpose of Chemtrails? Chemtrails are a huge logistical operation. Larger than the hoover dam, trans-alaska pipeline or moon landing. It’s large and expensive. The biggest mistake one can make is assuming there is only one reason for chemtrails. There are about five or six reasons and possibly more. The top six are listed below with a brief summary. This web site is concerned with the last. A visual overview may help by reviewing a flowchart here.

It’s easier to put the whole operation into a flowchart for a quick overview. Below shows the core purpose of chemtrails (which is nano-fiber propagation). There are other reasons for chemtails as outlined on the summary page, but nothing as significant as this. Mouseover the orange objects for additional information. Also see a simpler flowchart for targeted individuals. This flowchart and entire web site apply to every living person on the planet in one way or another.   ***  continue 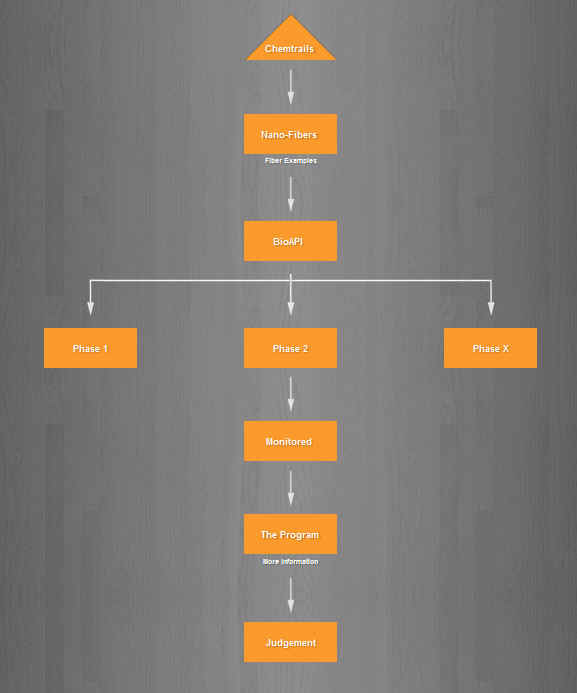