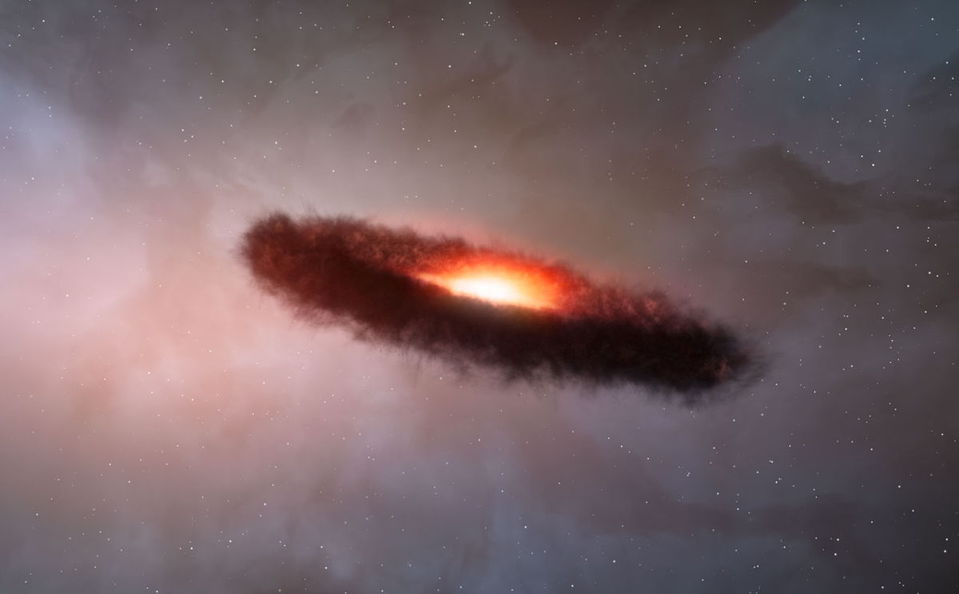 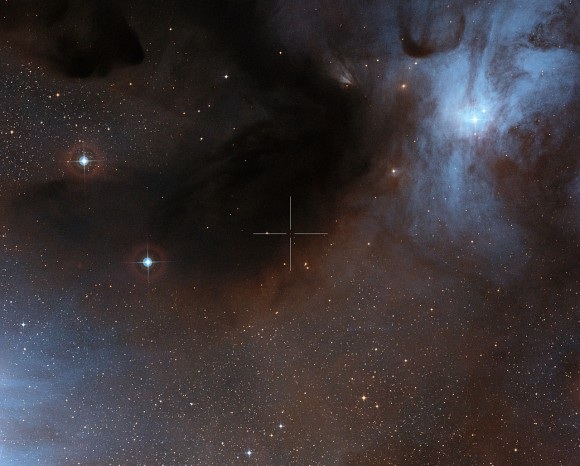 Astronomers have used ESA's Herschel Space Observatory to observe 2MASS1207, a peculiar brown dwarf with its own circumstellar disc and a planetary companion five times more massive than Jupiter. These new data provide the first image of this system taken at sub-millimetre wavelengths and show that the disc's mass amounts to a few times the mass of Jupiter. The presence of such a massive disc around this ten-million-year old brown dwarf suggests that its planetary companion formed directly from the disc's fragmentation. This reopens
the debate on how giant planets form around stellar and sub-stellar objects. 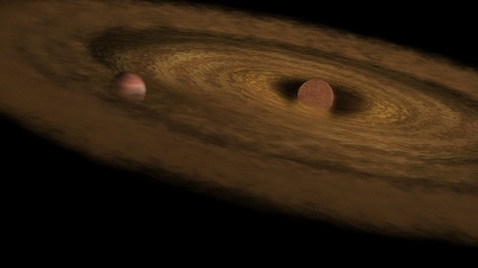 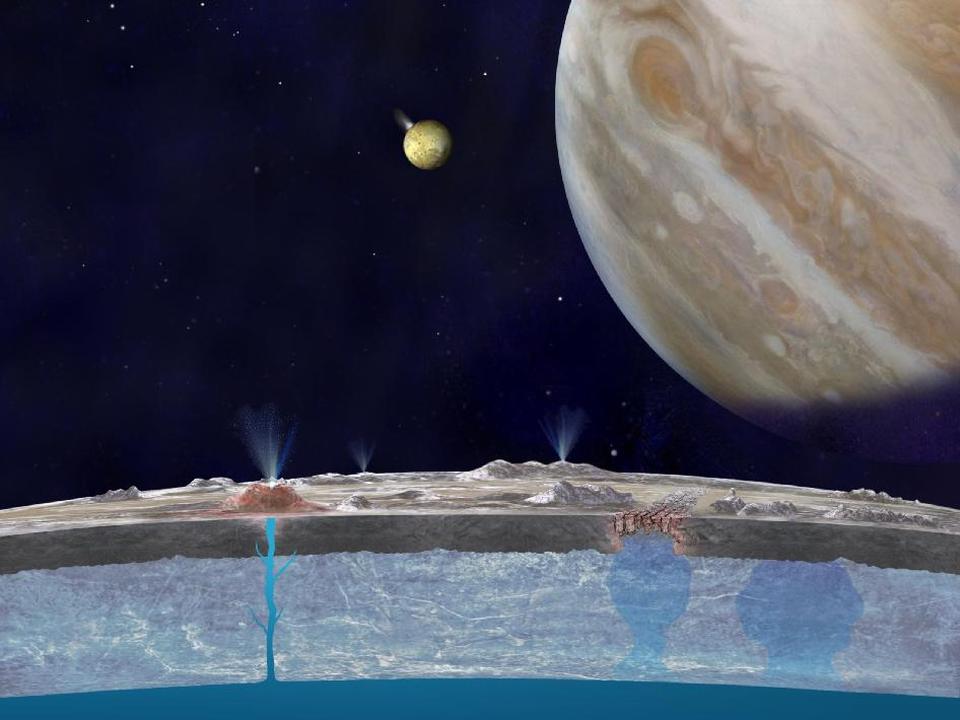 Taste of the Ocean on Europa's Surface Based on new evidence from Jupiter's moon Europa, astronomers hypothesize that chloride salts bubble up from the icy moon's global liquid ocean and reach the frozen surface where they are bombarded with sulfur from volcanoes on Jupiter's innermost large moon Io. The new findings propose answers to questions that have been debated since the days of NASA's Voyager and Galileo missions. This illustration of Europa (foreground), Jupiter (right) and Io (middle) is an artist's concept. Credit: NASA/JPL-Caltech