Deuteronomy 32:8LXX When the Most High divided the nations, when he separated the sons of Adam, he set the bounds of the nations according to the number of the angels of God. 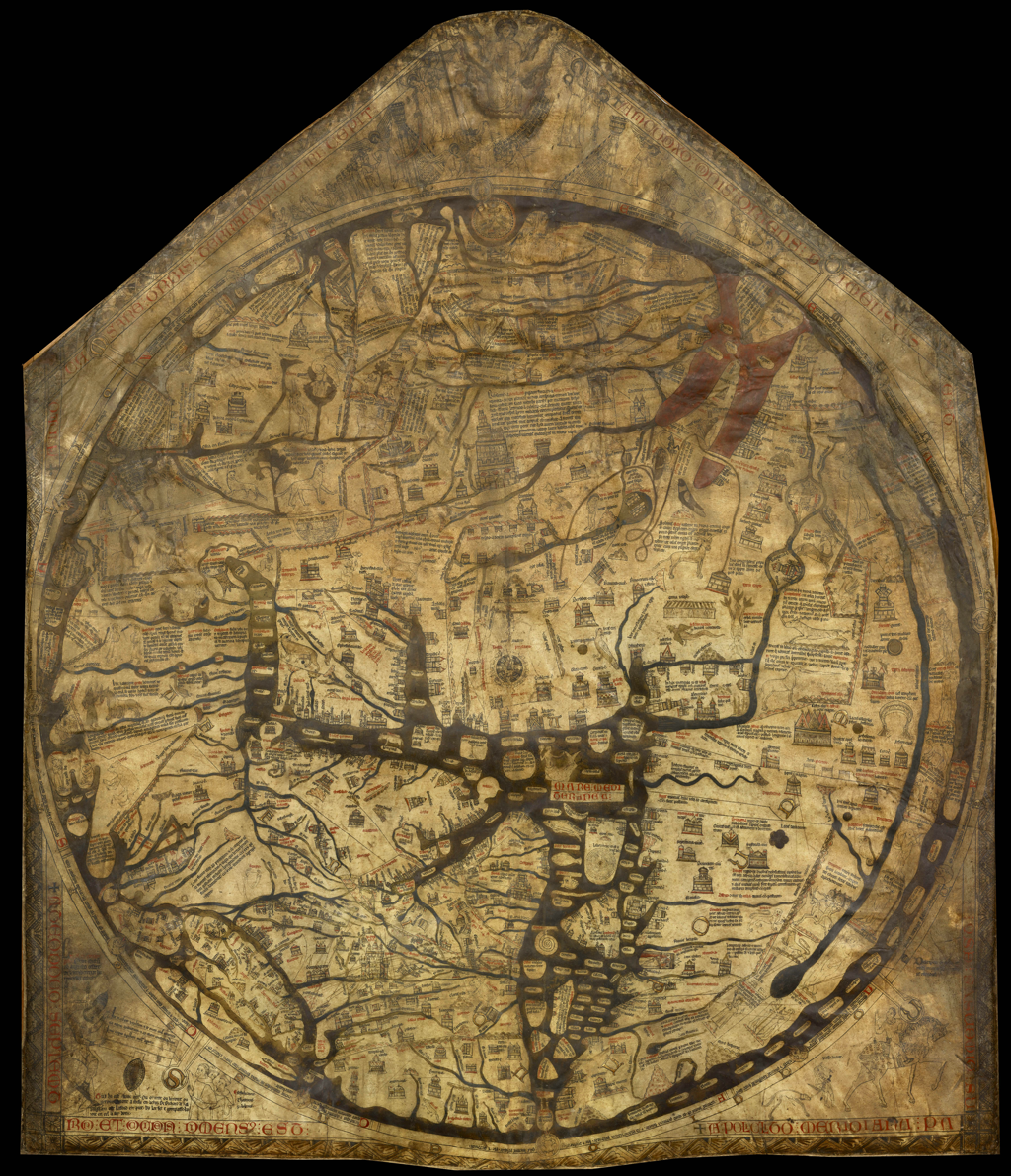 Daniel 4:17
​     This matter is by the decree of the watchers, and the demaund by the word of the Holy ones: to the intent that the liuing may know, that the most High ruleth in the kingdome of men, and giueth it to whomsoeuer hee will, and setteth vp ouer it the basest of men.
Targum Jonathan Genesis 11

And they said, Come, we will build us a city and a tower, and the head of it shall come to the summit of the heavens; and we will make us (an image for) worship on the top of it, and put a sword in his hand to act against the array of war, before that we be scattered on the face of the earth

And the Lord was revealed to punish them for the work of the city and the tower which the sons of men builded.

And the Lord said, Behold, the people is one, and the language of all of them one: and this they have thought to do: and now they will not be restrained from doing whatever they imagine.

And the Lord said to the seventy angels which stand before Him, Come, we will descend and will there commingle their language, that a man shall not understand the speech of his neighbour.

And the Word of the Lord was revealed against the city, and with Him seventy angels, having reference to  seventy nations, each having its own language, and thence the writing of its own hand: and He dispersed them from thence upon the face of all the earth into seventy languages. And one knew not what his neighbour would say: but one slew the other; and they ceased from building the city.
​
​Therefore He called the name of it Bavel, because there did the Lord commingle the speech of all the inhabitants of the earth, and from thence did the Lord disperse them upon the faces of all the earth. 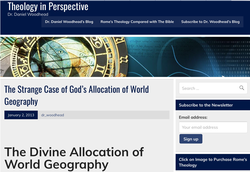 Picture Link
Exodus 20:1-3 King James Version (KJV)20 And God spake all these words, saying,
2 I am the Lord thy God, which have brought thee out of the land of Egypt, out of the house of bondage3 Thou shalt have no other gods before me.
Psalm 33:12-22 King James Version (KJV)12 Blessed is the nation whose God is the Lord; and the people whom he hath chosen for his own inheritance. 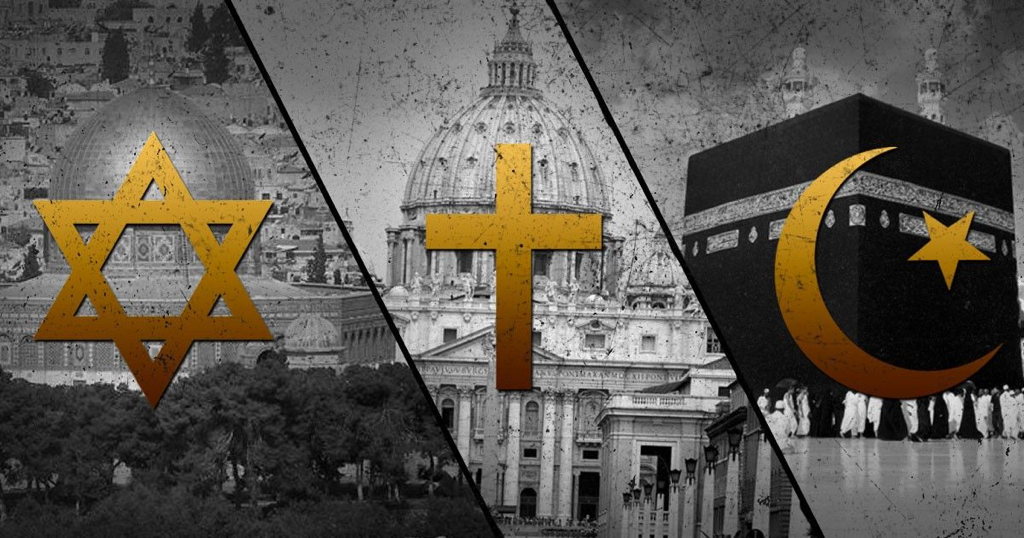 Psalm 89:5-10KJV(1611) For thou Lord art good, and ready to forgiue: and plenteous in mercie vnto all them that call vpon thee.
6Giue eare O Lord, vnto my prayer: and attend to the voice of my supplications.
7In the day of my trouble I will call vpon thee: for thou wilt answere mee.
8Among the gods there is none like vnto thee (O Lord:) neither are there any workes like vnto thy workes.
9All nations whom thou hast made, shall come and worship before thee, O Lord: and shall glorifie thy Name.
10For thou art great, and doest wonderous things: thou art God alone.
Jubilees 15:31-32 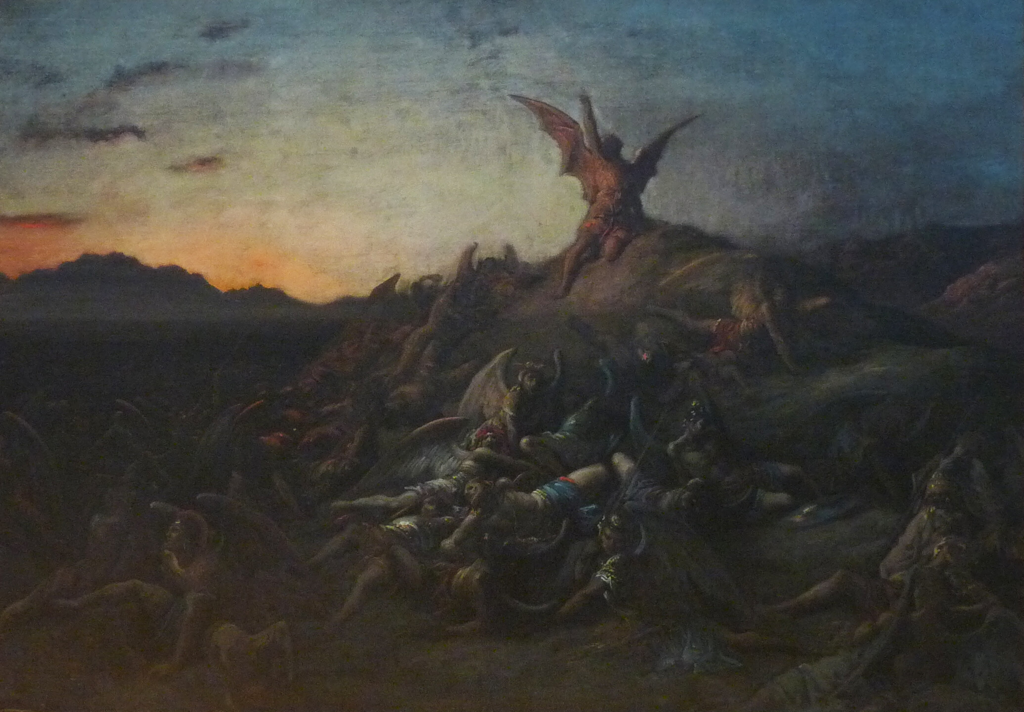 ​…8Again, the devil took Him to a very high mountain and showed Him all the kingdoms of the world and their glory. 9“All this I will give You,” he said, “if You will fall down and worship me.” 10“Away from Me, Satan!” Jesus declared. “For it is written: ‘Worship the Lord your God and serve Him only.’ ”…
Revelation 22:8-9 J.B. Phillips New Testament (PHILLIPS) It is I, John, who have heard and seen these things. At the time when I heard and saw them I fell at the feet of the angel who showed them to me and I was about to worship him. but he said to me, “No! I am fellow-servant to you and to your brother, to the prophets and to those who keep the words of this book. give your worship to God!” 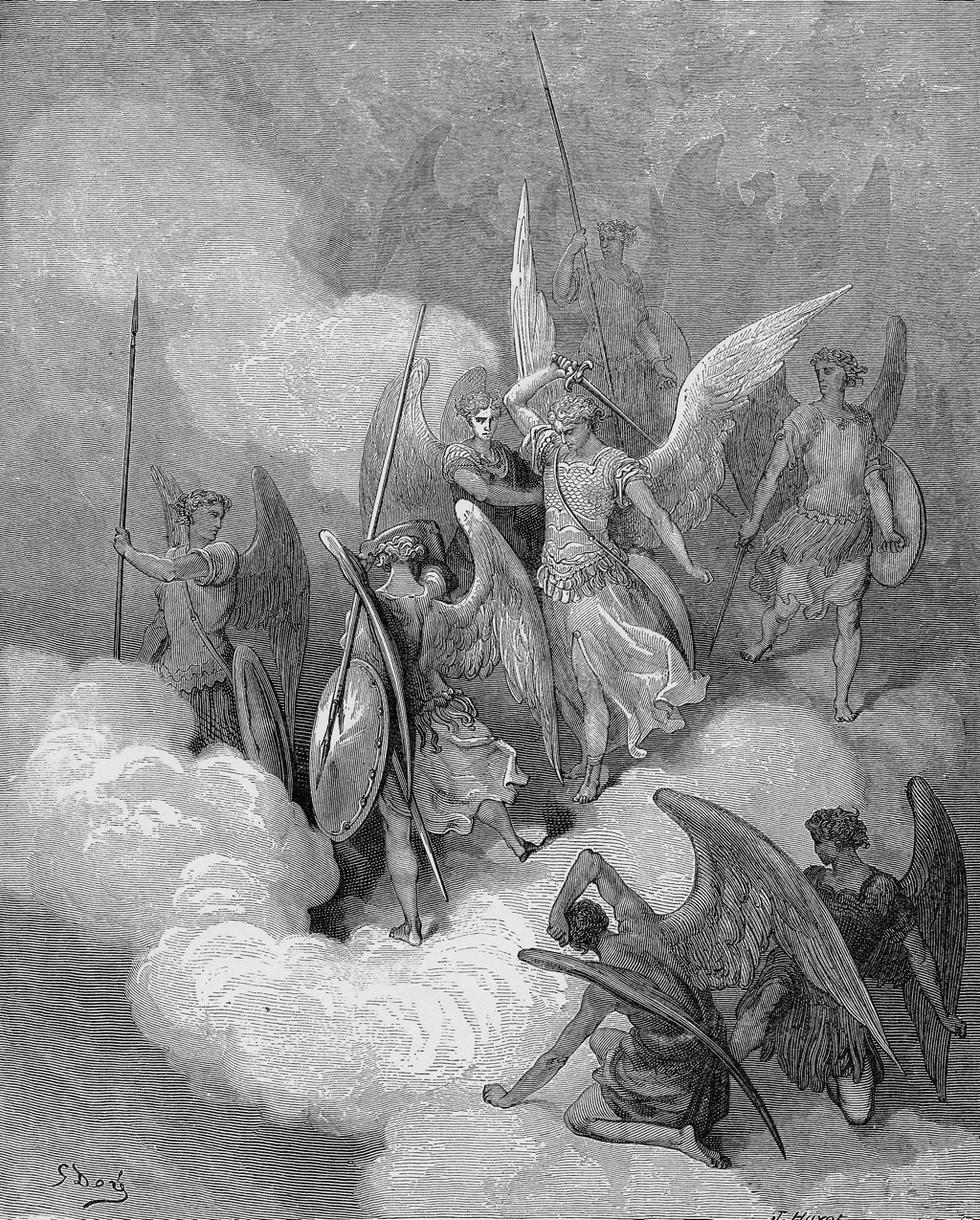 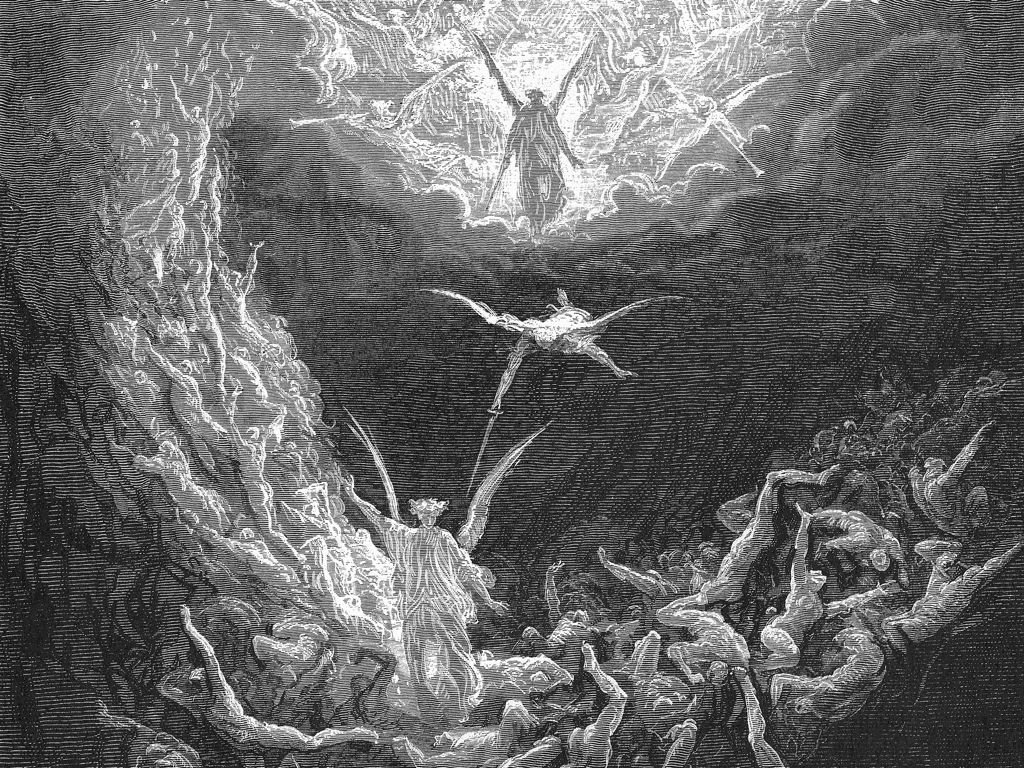 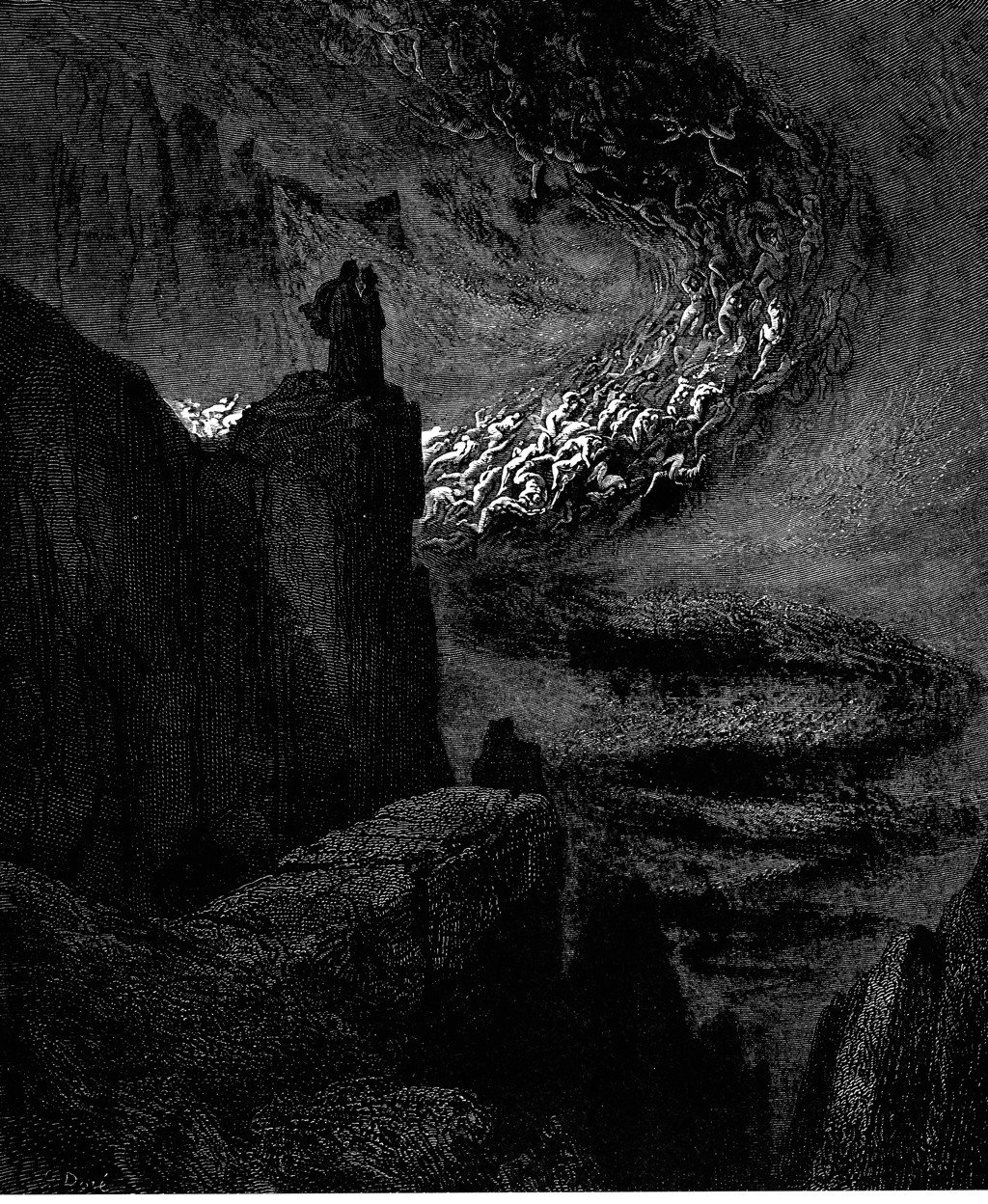 Psalm 9:17 The wicked shall return to Sheol, all the nations that forget God. 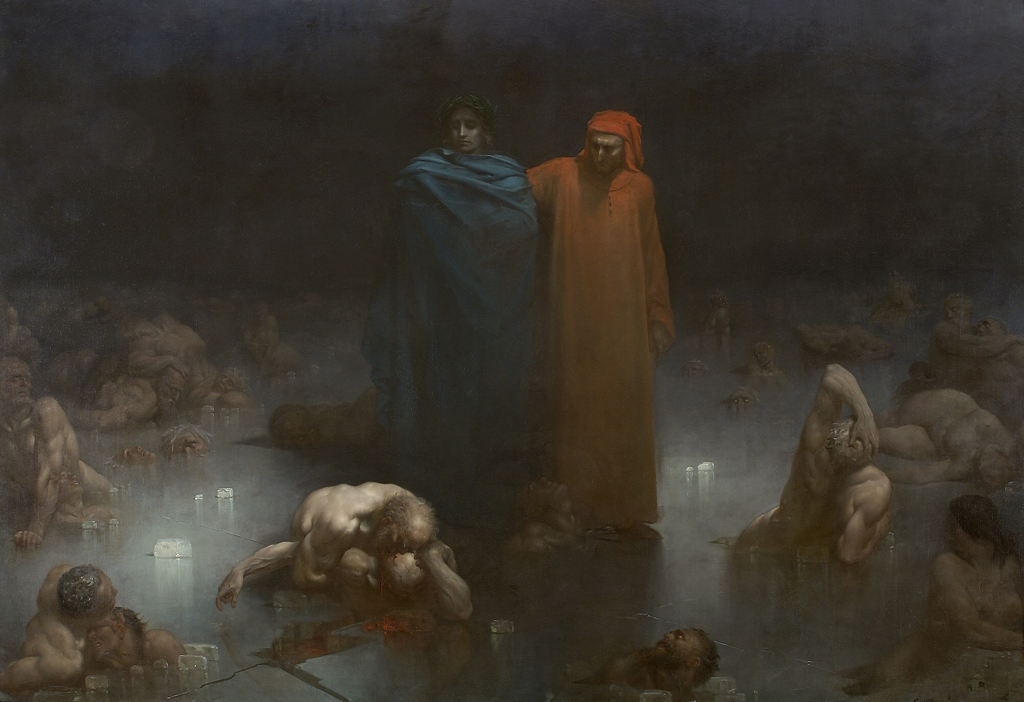 3Enoch 26:(12) Why are they called Seraphim? Because they burn (saraph) the writing tables of Satan : Every day Satan is sitting, together with SAMMAEL, the Prince of Rome, and with DUBBIEL, the Prince of Persia, and they write the iniquities of Israel on writing tables which they hand over to the Seraphim, in order that they may present them before the Holy One, blessed be He, so that He may destroy Israel from the world. But the Seraphim know from the secrets of the Holy One, blessed be He, that he desires not, that this people Israel should perish. What do the Seraphim? Every day do they receive (accept) them from the hand of Satan and bum them in the burning fire over against the high and exalted Throne in order that they may not come before the Holy One, blessed be He, at the time when he is sitting upon the Throne of Judgement, judging the whole world in truth.