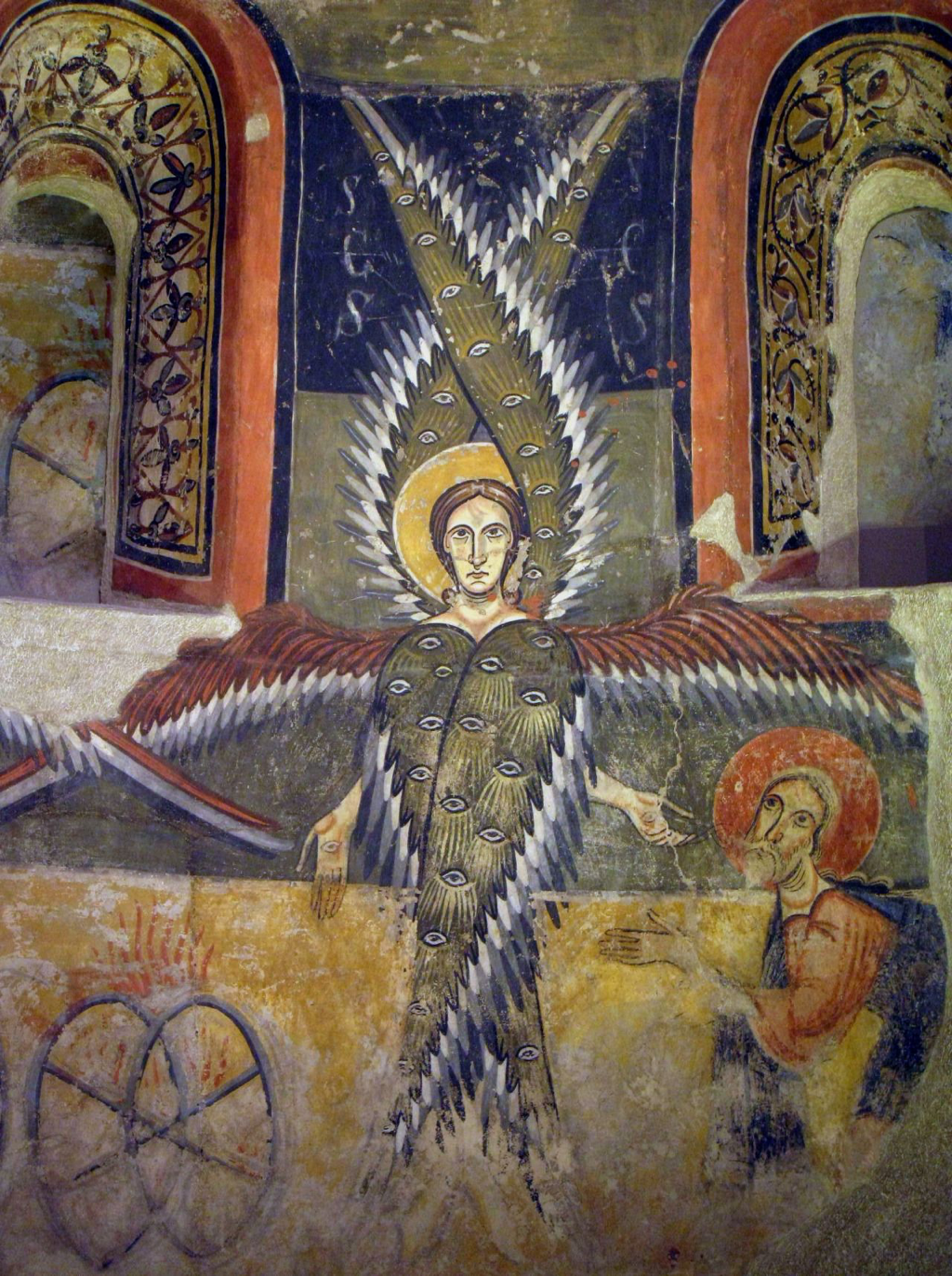 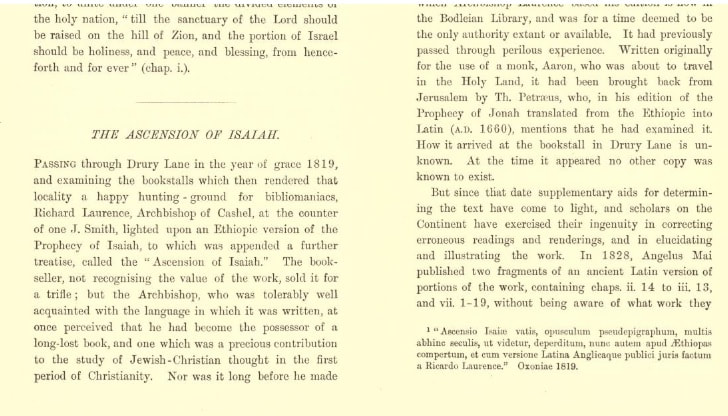 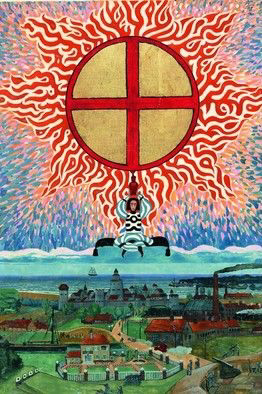 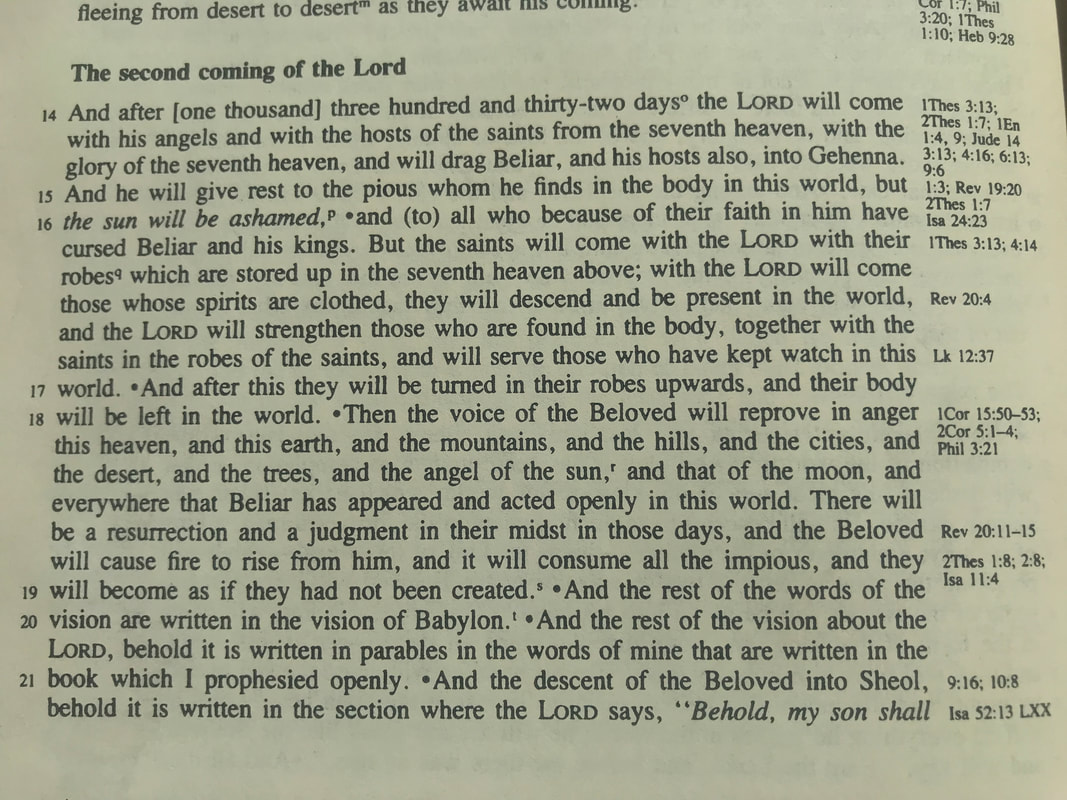 Coming of the Antichrist 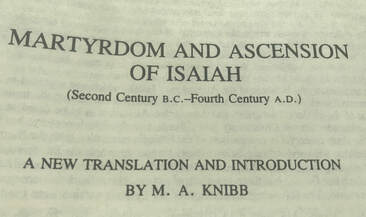 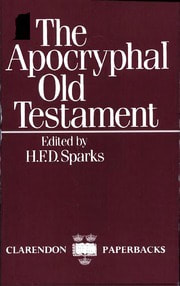 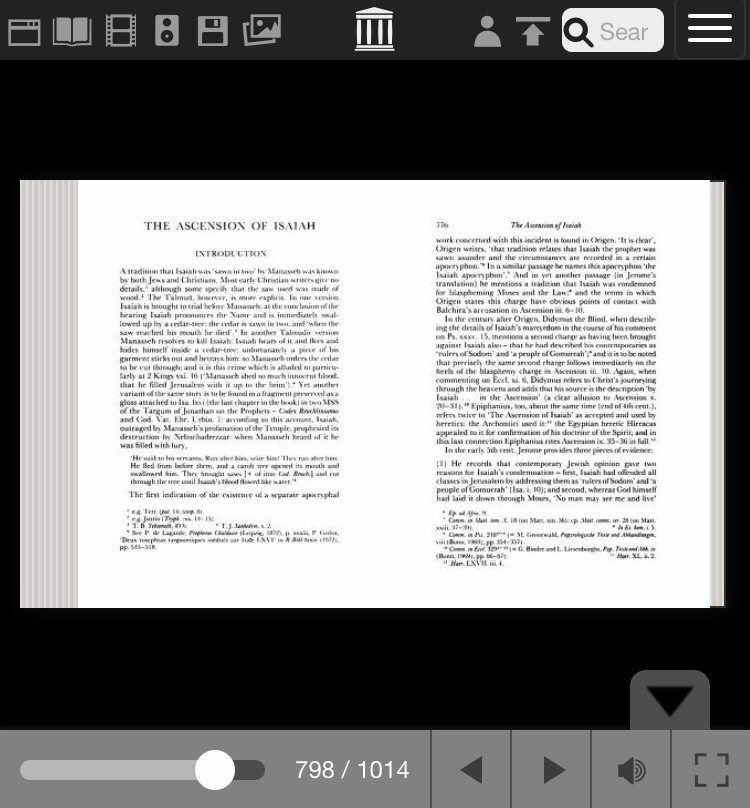 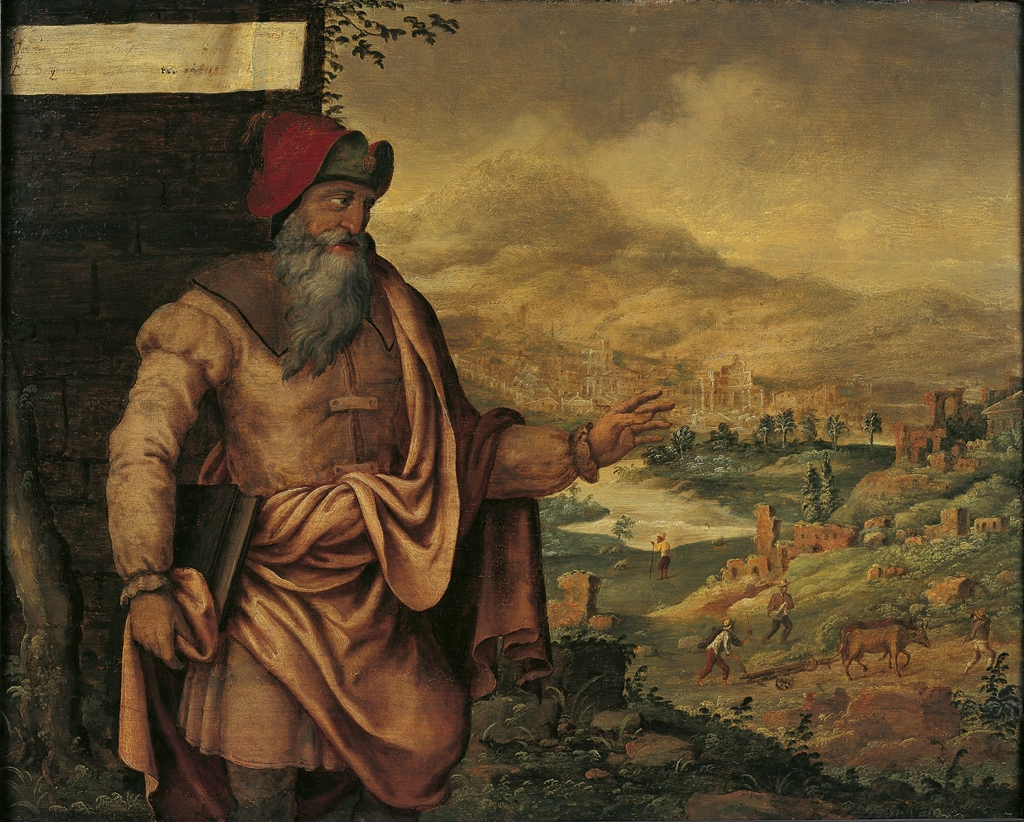 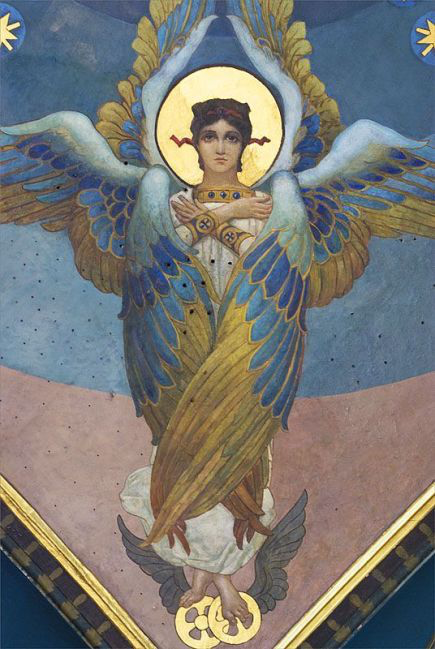 "The Ascension of Isaiah"The translation of the text of the Ascension of Isaiah 6—11 included here is by M. A. Knibb from The Old Testament Pseudepigrapha, volume 2 [Expansions of the "Old Testament" and Legends, Wisdom and Philosophical Literature, Prayers, Psalms and Odes, Fragments of Lost Judeo-Hellenistic Works. Edited by James H. Charlesworth. Garden City, NY: Doubleday, 1985. (pp. 164-176), reproduced in Michael G. Reddish, ed., Apocalyptic Literature: A Reader (Nashville: Abingdon, 1990), pp. 280-290. [This digital edition omits all of the notes in the original and reproduction.]
The Ascension of Isaiah 6—11
6. In the twentieth year of the reign of Hezekiah, king of Judah, Isaiah the son of Amoz and Josab the son of Isaiah came to Hezekiah in Jerusalem from Gilgal. 2And he sat on the couch of the king, and they brought a seat for him, but he would not sit (on it). 3And when Isaiah began to speak with Hezekiah the king the words of faith and righteousness, all the princes of Israel were sitting (there), and the eunuchs and the king's counselors. And there were there forty prophets and sons of the prophets; they had come from the neighboring districts, and from the mountains, and from the country, when they had heard that Isaiah was coming from Gilgal to Hezekiah. 4They came that they might greet him, and that they might hear his words, and that he might lay his hand on them, and that they might prophesy, and that he might hear their prophecy; and they were all in the presence of Isaiah. 6And when Isaiah spoke with Hezekiah the words of righteousness and faith, they all heard a door being opened and the voice of the Spirit. 7And the king summoned all the prophets and all the people who were to be found there, and they came. And Micah, and the aged Ananias, and Joel, and Josab were sitting on his right. 8And when they all heard the voice of the Holy Spirit, they all worshiped on their knees, and they praised the God of righteousness, the Most High, the One who (dwells) in the upper world and who sits on high, the Holy One, the One who rests among the holy ones, 9and they ascribed glory to the One who had thus graciously given a door in an alien world, had graciously given it to a man. 10And while he was speaking with the Holy Spirit in the hearing of them all, he became silent, and his mind was taken up from him, and he did not see the men who were standing before him. 11His eyes indeed were open, but his mouth was silent, and the mind in his body was taken up from him. 12But his breath was (still) in him, for he was seeing a vision. 13And the angel who was sent to show him (the vision) was not of this firmament, nor was he from the angels of glory of this world, but he came from the seventh heaven. 14And the people who were standing by, apart from the circle of prophets, did [not] think that the holy Isaiah had been taken up. 15And the vision which he saw was not from this world, but from the world which is hidden from the flesh. 16And after Isaiah had seen this vision he recounted it to Hezekiah, and to Josab his son, and to the other prophets who had come. 17But the officials, and the eunuchs, and the people did not hear, apart from Samnas the secretary, and Jehoiakim, and Asaph the recorder, for they (were) doers of righteousness, and the fragrance of the Spirit was in them; but the people did not hear, for Micah and Josab his son had sent them out when the wisdom of this world was taken from him as if he were dead. 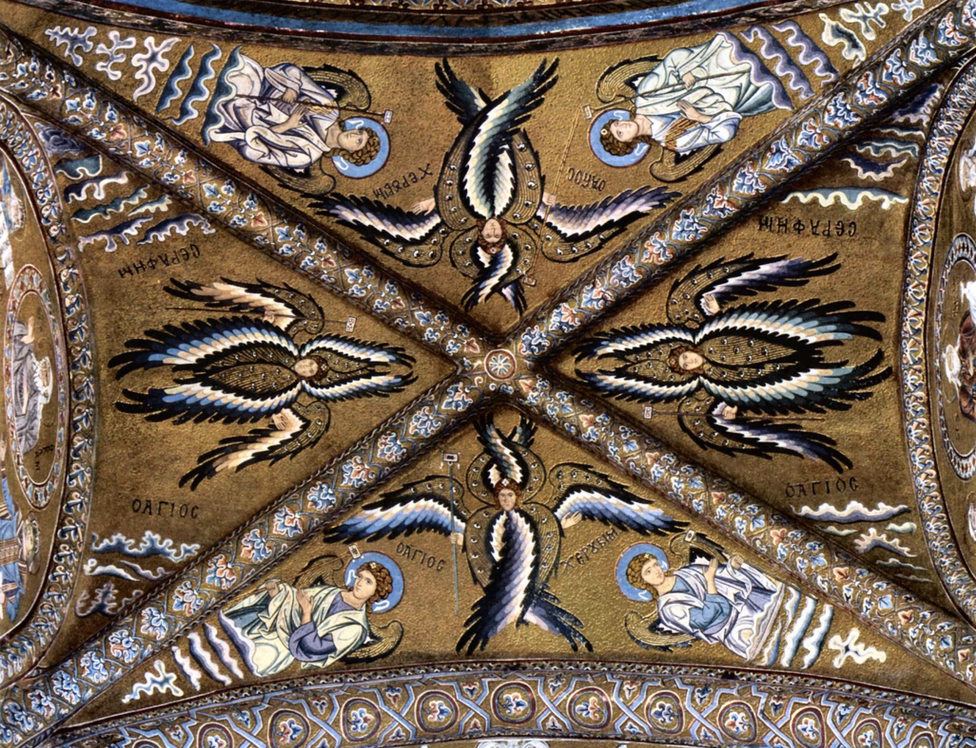 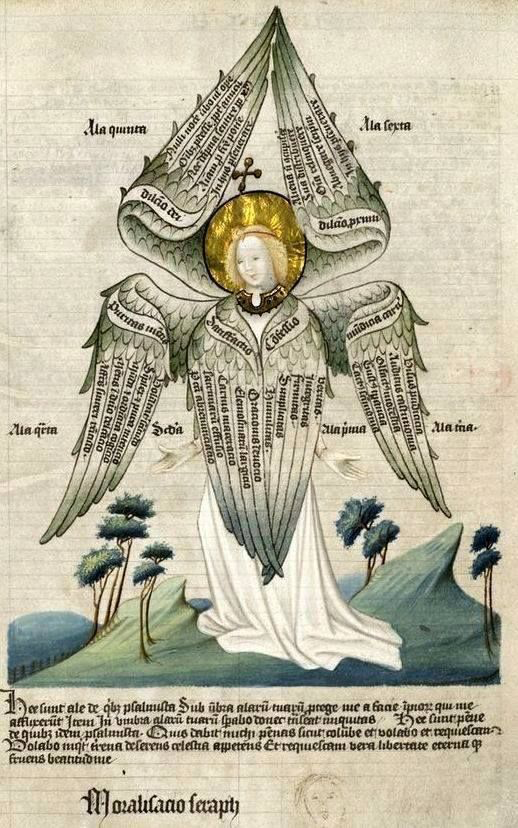